Election campaign in the pandemic Laschet or Söder? The very question is an insult to all of us 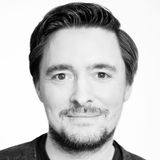 Which pandemic failure would you like? Why the duel between the two chancellor candidates means, on the one hand, the decision between plague and Corona - and, on the other hand, the best proof that no election campaign should take place in this crisis.

Angela Merkel said during her highly acclaimed appearance on Anne Will's talk show that she would not stand idly by for 14 days as the numbers develop. 15 days later, the Corona-Measures in Germany have not changed. Instead, changes to the Infection Protection Act continue to be debated, valuable time wasted on vain power struggles while more and more people die.

And in the middle of this negligent farce, two men dominate the reporting, who, despite the disaster situation, are primarily concerned with their next career step, namely Chancellor candidate to be in the federal election in September. Theoretically a normal political process, but in practice a very crucial question arises: seriously ?!

Future of the CDU? The present is bad enough

In my circle of friends, I don't know a single politically interested person who cares precisely who will “lead the Union into the future”. Instead, the awareness dominates that the worst situation of the pandemic to date - in which escalating incidence values ​​and overloaded intensive care units collide with growing anger, fatigue and despair in the population - is imminent. So the present is bad enough.

The fact that neither the federal government nor the federal states convey the feeling of finding pragmatic solutions promptly is gradually destroying any residual trust in German corona crisis management. While scientists are warning and urging intensive care physicians for help, all the headlines from political Berlin revolve around the power struggle in Berlin at the moment CDU/ CSU.

Top candidates of the CDU Who said it Markus Söder or Armin Laschet?

The duel for the candidacy for chancellor flares up at the wrong time, distracts from the essentials in a very delicate situation and confirms the uncomfortable feeling that politicians are still only striving for power when general security has long been at stake. Because they are politicians. Because they can't do anything else.

That is regrettable, perhaps even despicable, and certainly a naive statement. But while there is virtually no agreement between the parliamentary groups, the federal government and the federal states about the planned changes to the Infection Protection Act, the party presidencies of the CDU and CSU are sitting together for separate deliberations this Monday, because Laschet and Söder cannot hold back their ambitions in public.

Measures that thwart any hope of recovery

That alone makes the question "Laschet or Söder?" insult for everyone who is tired of half-baked and contradicting measures that thwart any hope of improvement. Apart from the fact that in the previous pandemic performance of the two Prime Ministers from Bavaria and North Rhine-Westphalia, the question about the candidate for Chancellor candidate could also be phrased differently: Which corona failure would you like? Laschet or Söder, that's basically the choice between plague and corona - and the best proof that, at least in this crisis of the century, it is better not to have an election campaign at all.

CDU candidate for chancellor Sun King vs. King without a Land: For the citizens, the duel between Söder and Laschet is decided

While a large part of the population is increasingly hoping for quick emergency brakes, according to surveys, Minister of Economic Affairs Altmaier continues to seriously reject the obligation to test companies, the FDP criticizes the Merkel plan for the federal lockdown as "unconstitutional", Olaf Scholz tries the SPD on the line to bring - in short: the chaos is rampant. And in the CDU and CSU there is talk about power issues.

It is precisely in the worst crisis that we can remember that the ominous mixture of incompetence and depravity unfolds in full bloom across all parties. Not a nice beginning of spring.